wish you a very happy holi to all of you. I hope all of you enjoyed it so much. this day is completely packed with a beautiful colours and happiness and sweetness of sweets.

so folks let’s start to share smthing about Holi………

it is an Indian religious and cultural festival we are celebrate it in spring season so it is also called as spring festival.

Holi is 2 days festival it is celebrated according to the Vikram samvat Hindu calendar in month of phalguna on purnima when moon is full.

on this night people gathered and give fire to Holika ( made with wood or gobar etc.) and performs religious rituals in front of Holika bonfire. and distibute prasad (sweets).and pray in front of fire that their evil destroyed with this fire. and go to sleep.

on second day early in the morning lots of food and sweets made by laddies. and than every one get ready to play holi. so people are spray colors on others have lots of dance, eat delicious sweets, and lots of people drink bhang (made from cannabis) it is intoxicating drink name as thandai on this day 😆. 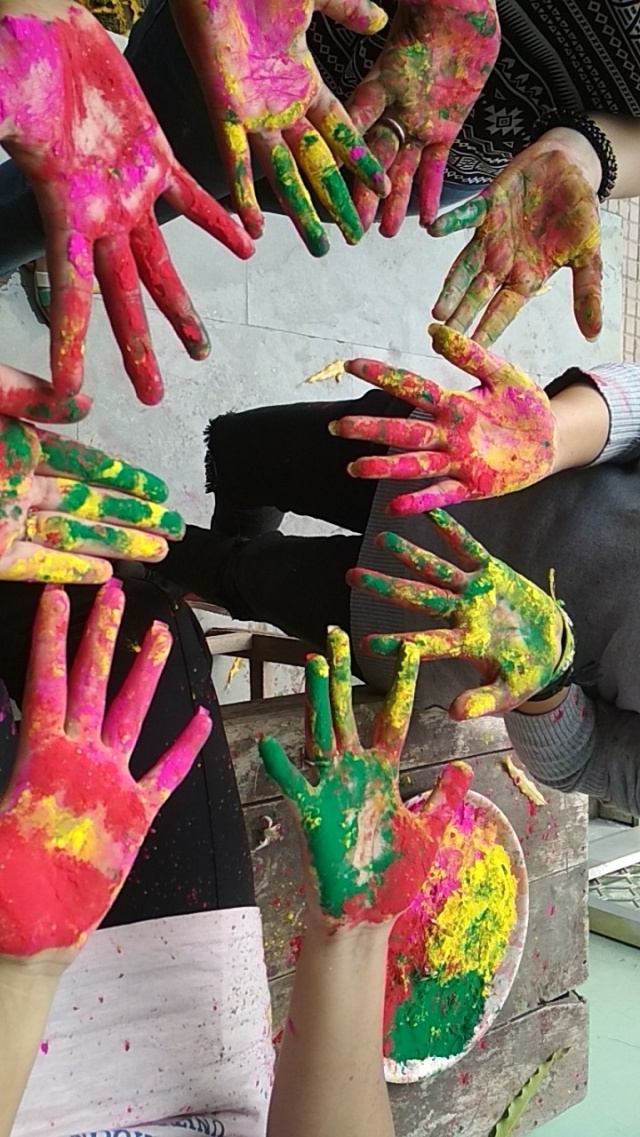 whole day group of people play holi on one place and than when evening comes .they bathed and dress nicely and go to their friends and relatives for making better relationship and to give wishes on this festival. 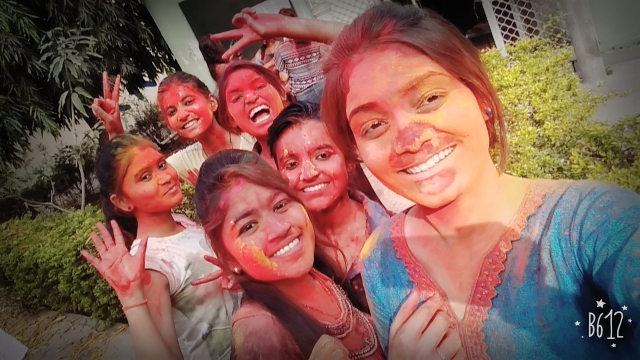 in earlier time their was a king Hirnyakashyap. he is very cruel and proud. he wants that all people worshipped him not God. in his dinesty all people do the way what king want accept his son Prahalad.

Prahalad is truly believe in God not in his father.

King don’t like this thing. so he just start tourcher him with different different type. king thrown him on the way of elephants, than thrown from hight of mountain. but all tries fails and Prahalad was safe. after this king called his sister Holika because Holika have a chunri (cloth) which is given by Lord Indradev quality of this chunri is …..this is never burn in fire. so king said to Holika go and take Prahalad in his lap and sit on fire. Holika do the same as King said to her. but with the blessing of God wind is start blowing. and chunri goes to coved Prahalad and Holika was burn and finished. all people enjoyed this victory of good over evil with full of happiness and energies.

This site uses Akismet to reduce spam. Learn how your comment data is processed.